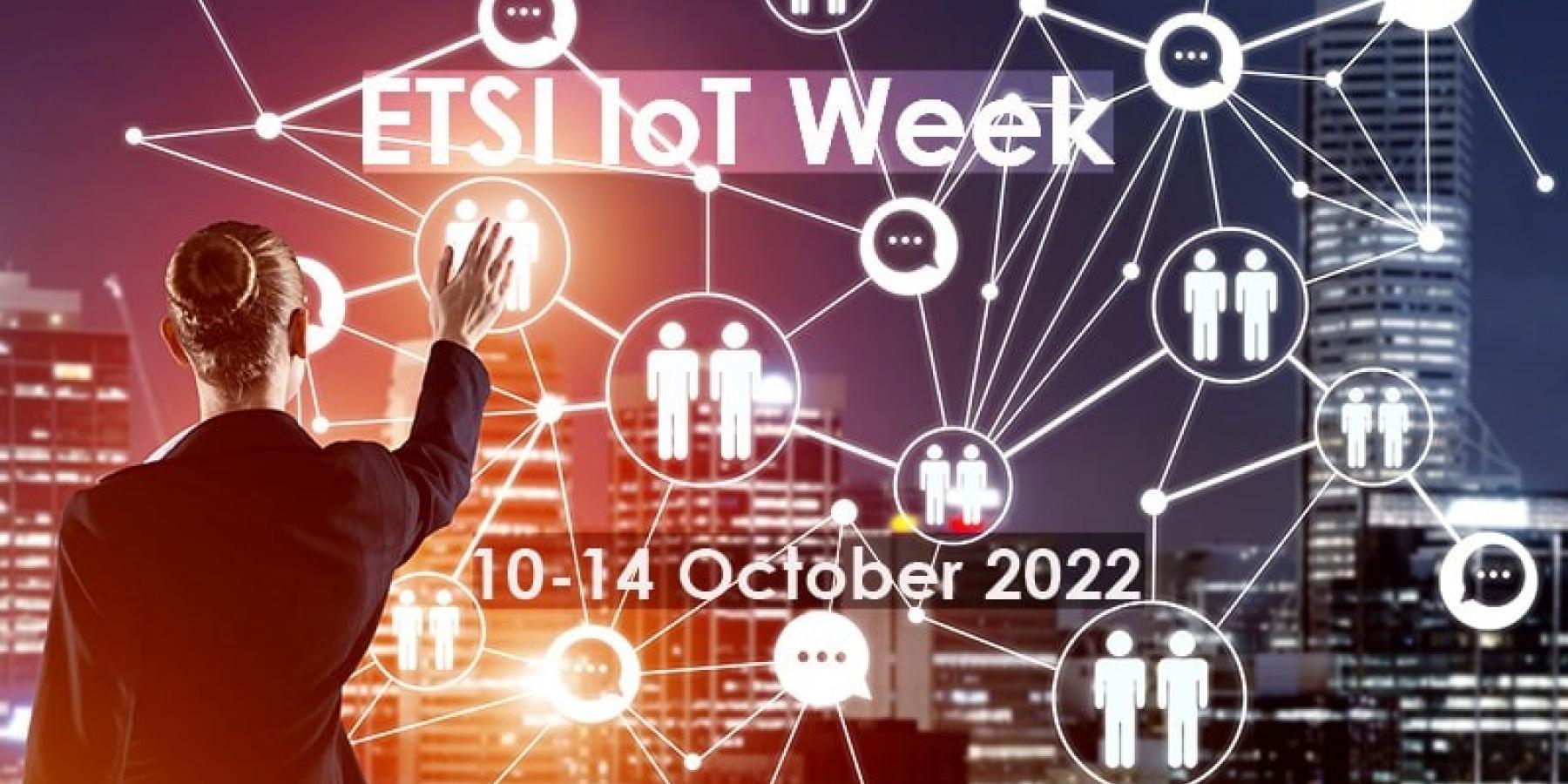 The 2022 edition of the ETSI IoT Week, “Pursuing Digital and Green Transformation”, will take place physically in ETSI premises, Sophia Antipolis, France, on 10-14 October 2022. The ETSI IoT Week consists of a series of events: a tutorial on ontologies and semantic interoperability for IoT on 10 October, and the ETSI IoT Conference on 11-14 October with demonstrations on 11-13 October.

This gathering of IoT experts has become a must-attend event for anyone involved in IoT and who understands the importance of standard-enabled technologies for IoT service deployments. The event will offer the community an up-to-date overview of the major European and global trends in IoT services, technology innovations, deployments, and the relevant standardization work, highlighting new initiatives and directions of IoT in the context of green and digital transformation.

The ETSI IoT Week will be of particular interest to organizations and stakeholders (including verticals) interested in the service and operational areas of IoT: industry, SMEs, R&D and academia, decision and policymakers, and users of the IoT standards such as cities, governments, and societal actors. The event will focus on:

The ETSI IoT Week is an excellent opportunity to network with other IoT stakeholders and actively contribute to the shaping of future IoT solutions and standards.

OntoCommons will take part in the event with a joint session with EU-IoT on Tuesday 4th October 2022 at 16:00 CEST titled "EU-IoT and OntoCommons Workshop Ontological interoperability and standardisation: Recommendations and application of ontologies in cross-domain scenarios" (DOWNLOAD THE PRESENTATION).

The two projects will share the outcomes and lesson learned from the recent "EU-IoT and OntoCommons workshop" on the role of ontologies in providing semantic interoperability to enable machines to interpret and infer knowledge from different data sets.

Since ontologies are often vendor or protocol-based, building universal ontologies or addressing mechanisms that can support an adequate interconnection across different ontologies is time-consuming and error-prone. Therefore, this presentation shares recommendations that can facilitate a better deployment of ontological interoperability across different vertical domains.